Are resources running out? It’s propaganda to impose a Green Deal

A false idea on the topic of resources has also emerged in public opinion. As usual, the target is the human race: everyone believes the earth’s resources are petering out because of over consumption, but this is not the case. The human race produces much more than it consumes: in fact, resources are not defined simply by their natural state, as we are led to believe, but by how human intelligence and creativity develop ways to use nature’s elements. 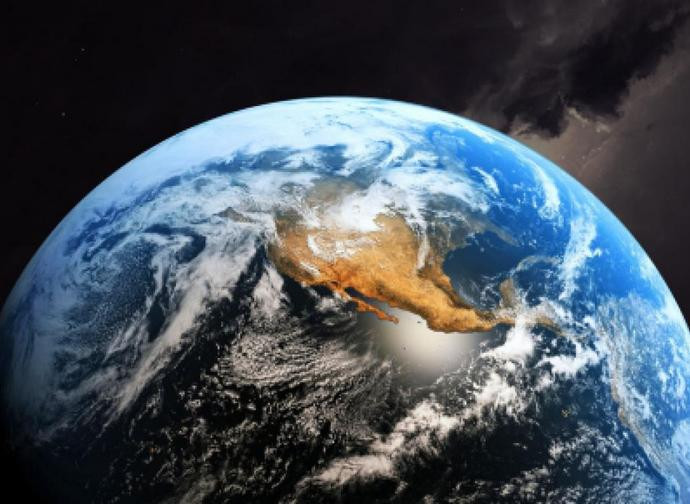 The topic resources, connected closely to a gravely distorted view of the natural world, gives rise to a serious misunderstanding. Recently, even Pope Francis referred to Overshoot Day in an interview: the day when humanity's resource consumption for the year exceeds Earth’s capacity to regenerate those resources that year. Supposedly this year, that day was July 29 and, needless to say, every year, the day when the Earth goes "in to reserve" is brought forward: in 2008, Overshoot Day fell on September 23. As if to say: not only is everything going badly, it’s getting much worse and catastrophe is imminent. But, if it were true that for years we have been living over and beyond the Earth’s capacity, surely it is surprising that we are still here and above all in good shape.

The topic is closely connected to the theory of climate change, not only for the expected outcome - a guaranteed catastrophe whatever happens, - but also because the idea that using resources beyond their limits would imply both a surge in the warming of the earth and the exhaustion of all resources. If the earth is finite it seems perfectly logical to assume that its resources are too. Reality though paints a different picture and the crux of the matter rests precisely with the concept of resources. The "Earth in reserve" theory implies that nature is the definition of the concept of resources.

Whoever supports this theory makes use of the classic cake problem (or candy jar): there is only one cake to share each day which is sufficient to feed twelve children; if the number of children increases there will not be enough for everyone, so either someone goes without or everyone will eat less than their daily requirements; if someone is greedy and takes a double ration, then someone else will have nothing to eat. This, they say, is the same problem we face with the quantity of resources the Earth can make available to us; it gives rise to the argument -  with subsequent international agreements - that rich countries must compensate poor countries, because of what they have consumed to become rich (causing pollution and the climate to change). Moreover, if the cake is a fixed size and the number of children starts to be too many, then the problem arises of how to limit the number of children (the argument for population control).

Reality demonstrates however, that to define the concept of resource as nature, is a serious error. And if by chance it were correct, then the quantity of resources should be a known, measurable and immutable data. Which as we know, is not the case. Indeed, throughout history, resources have continuously diversified and multiplied. Take minerals, for example, in the twentieth century the known reserves of all minerals multiplied (costs decreased) to a far greater extent than the increase in population which quadrupled just within one century. Only between 1950 and 1990, the availability of bauxite increased by 1,436%, chrome by 500%, copper by 250%, iron by 663%, and so on. In the same period, the known reserves of oil increased by 863%.

Even if it is not possible to discuss the subject in detail here (for further information see, R. Cascioli and A. Gaspari. I Padroni della Pianeta. Piemme, 2009), some key facts enable us to get to the heart of the matter. Firstly, what is the definition of a resource? Any dictionary explains: something that is ready to use if or when it is needed. Water is not a resource in itself, but is if it responds to a need, including if it is only to be contemplated, as in the case of lakes or seas or mountain streams. Therefore, the first step is to admit that a resource is defined by a human need which, in turn, enhances what is in nature. This means, the relationship between people and resources, - in essence - is not conflictual. The second issue: in accordance with what has been stated so far,  the value of resources depends on how useful they are. It is not the resource itself which is of interest but the service that resource offers. Oil is a resource, for example, because it fuels cars to move.

Moreover, a fundamental element for a resource to be defined as such requires human activity. If we consider any mineral, there is the work for exploration, extraction, processing and so on. And this is the same for the more "natural" resources, such as water: no-one goes to drink or collect water from a spring, we access it directly in our homes thanks to the work of those who have designed and built aqueducts, pipelines, water purification plants, purified water for drinking, pumps, faucets and so on. Another factor that needs stressing is that, while the consumption of resources is constantly discussed, the fact that resources are also produced is never mentioned. The ways are many and varied, one of these is the replacement and creation of new materials, which are more efficient and less expensive. For example, the introduction of metals to build ships saved Europe from deforestation; most of the clothes we wear today are made with synthetic fibers invented in a laboratory. The list is endless.

But can the same argument be applied to the so-called non-renewable resources? Like water for example? Certainly. We need only to think about the great technological innovations: water purification plants, the drip irrigation system (with enormous savings for agriculture, responsible for 70% of global water consumption), desalination plants; water purification and recycling plants.

The conclusion is obvious: the definition of resources is not nature, rather the ability and creativity to use nature’s elements. Therefore, humankind, is the only real resource. And the only thing worth fearing are those states or supranational entities that, for one reason or another, want to limit the presence of man or cramp his creativity, with binding laws and regulations deliberately intended to demonstrate, it is necessary to limit human presence and activity. This is exactly what is happening with the introduction of "environmental" and anti climate change" laws.