«That's why I burned the idol of Pachamama»

«The proper place of the Pachamama is in the fire of hell». Father Hugo Valdemar, a famous Mexican priest, explains to La Bussola Quotidiana why he decided to do a prayer of expiation in his parish and a public burning of the Pachamama. The video of the burning went viral on social media. «Many people were shocked, hurt, and angered by the various acts of idolatrous adoration that were carried out in Rome during the Synod». «We need a deeper evangelization in order to return to the Catholic faith in its entirety. Liberation theology is guilty of the secularization of many nations». 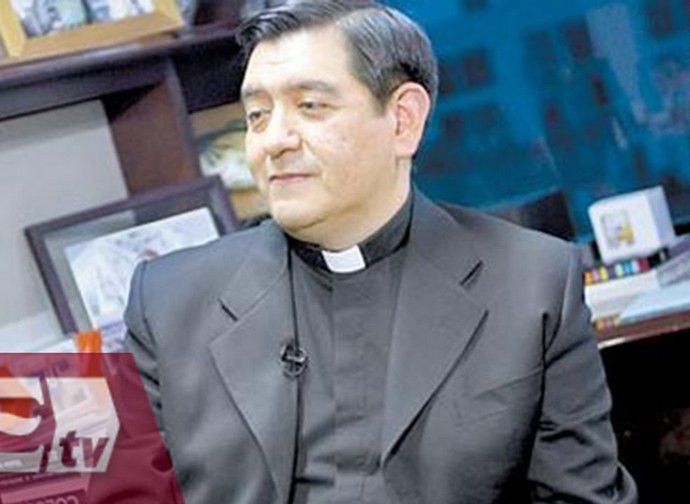 While we await the publication of the post-synodal document that Pope Francis has promised before the end of the year, the debate over the Synod on the Amazon remains very vibrant, because we are awaiting the final decision of the Pope with regard to three contentious points proposed by the Synodal Assembly: the ordination of married men, the female diaconate, and the elaboration of an Amazonian Rite. “They are three grave aberrations that divide Catholics, and we hope that the Pope will not give in to such barbarism,” affirmed Father Hugo Valdemar, canonical penitentiary of the Archdiocese of Mexico City, in a video published on November 4 on the daily news service “ContraRéplica.”

It was the synod of ‘scandal’ and ‘division,’” said Father Valdemar. “It will not go down in history for its pastoral contributions towards the evangelization of that region (the Amazon), which is already for the most part Protestant, because of the abandonment of a true mission of evangelization in favor of a work that is quite social , which is instead a laboratory of the plague of Liberation Theology, which has only brought about the diminution of the Catholic faith among the native people.”

The day before, a video went viral on social media showing Father Valdemar burning three images of the “Pachamama” with a group of the faithful, as an act of protest against the use of Amazonian symbols in the Vatican during the Synod. It was shocking action, done by a priest of great relevance in the Latin American nation, because for fifteen years Father Valdemar was the spokesman of the Archdiocese of Mexico during the pastoral government of Cardinal Norberto Rivera. La Bussola Quotidiana interviewed him to learn about his motivations.

What led you to carry out this striking gesture against the Pachamama?
While the Synod on the Amazon was taking place in Rome, many people approached me who were shocked, hurt, and angered by the various acts of idolatrous adoration that were carried out towards the Andean goddess Pachamama and towards other Amazonian fetishes. This was a very serious offense against the First Commandment and against the holiness of God, and for this reason I decided to do, together with the faithful of my parish, a prayer of expiation within the church and, outside, a public burning of the Pachamama. It was a way of putting it in its proper place, in the fire of hell.

What does this cult of the Pachamama really consist of?
As we know, it is not even an Amazonian divinity, it is Andean, and it is the divinization of the earth, as if it was a living and divine being that is prayed to. It is a true superstition of magical thought, never justifiable by either reason or by the Christian faith. If the Pachamama is an indigenous divinity, it has no place in a Christian temple; it would be like introducing an image of Satan, thus it is a sacrilegious and blasphemous action.

In the video of the burning, you described what happened in the Vatican Gardens as a “sacrilegious act” and the ceremony carried out with the Amazonian symbols within Saint Peter’s Basilica as “profanation.” With these premises, how do you view the decision of the Synod to give a green light to the creation of an “Amazonian Rite”?
It would be very grave – it would be like wanting to adore God and the devil at the same time. A true inculturation implies above all a purification of cultural elements, something that was not even mentioned in the Synod. All of this intends a blasphemous and idolatrous syncretism, that undermines the faith of the Church. The Church adores the One True God in his Three Divine Persons, but never gives adoration to creatures nor consents to magical and superstitious thought.

Instead, for the Vatican the Pachamama “represents life, fragility, and mother earth,” according to the declarations of Paolo Ruffini, Prefect of the Dicastery for Vatican Communication...
It was a totally insufficient explanation that was not able to remove the accusation of idolatry. There are videos and photographic images showing a true worship service of adoration being carried out. I wonder, is it possible to deny the evidence? The photographic images are very clear and devastating, and they are not of only one action; this scandalous cult continued for days in the church of Santa Maria in Traspontina, the Italian Bishops’ Conference composed a prayer [to the Pachamama], and there is an intention to propagate this cult, which is condemnable.

But L'Osservatore Romano and the official voices of the Holy See maintain that there is no idolatry towards the Pachamama because it is simply a symbol of a culture. What do you think?
If in front of a symbol there are dances performed, prayers and invocations made, and it is adored by kneeling and even prostrating before it, then it must be considered a divine symbol, and so we are talking about an abominable act of idolatry. Catholics are thoughtful people, they cannot offend the intelligence of the faithful with explanations that are so weak and unsustainable.

There are those who compare the Pachamama with Our Lady of Guadalupe. Is this comparison possible?
A comparision of this sort, beyond being ignorant, is blasphemous, because the Blessed Virgin of Guadalupe appeared as the true Mother of God, never as if she was a divinity. The Virgin carries Jesus in her womb because she carried Him to the peoples of the American continent. She came with the message of the Gospel to combat idolatry, superstition, the diabolical cult of idols and human sacrifices. She came to reconcile two peoples and cultures, but she never divinized the Aztec idols, nor did she integrate them into her message.

What do you think of this quasi-demonization of the first evangelization of Latin America?
It is the result of ignorance, but above all of an unsustainable mentality, that of the noble savage, as if the indigenous world lived in perfect harmony between its peoples and with nature, when the contrary actually happened. At least in Mexico, the indigenous populations lived in endless wars; the Aztecs were cruel, they sacrificed thousands of people every year and subjugated other populations. In effect, the conquest was done by the Spanish, but it was helped by thousands of indigenous people who were tired of the oppression and cruelty of the Aztecs. The missionaries carried out a titanic work; they were men full of faith. Thanks to them, today we know their cultures, their languages, and their traditions. The missionaries arrived in order to evangelize, to bring us the most precious thing, which is the Catholic faith: we ought to be eternally grateful to them.

What is the most important challenge facing Catholics in Latin America?
We need a deeper evangelization in order to return to the Catholic faith in its entirety. Liberation theology is guilty of the secularization of many nations and above all of driving faithful Catholics into other Protestant sects, because these groups offer the Gospel, transcendence, and the experience of charity, while liberation theology has emptied the faith of its content, has politicized it and now is the instrument for restoring idolatry and superstition.

The challenge for Catholics in Mexico?
Giving depth and a true evangelical sense to the enormous popular religiosity that our people have. Making faith and life compatible, to make the faith a true encounter with Jesus, making disequality, corruption, violence and selfishness incompatible. In other words, a profound evangelization is necessary. 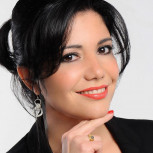