The powerful church leadership in southern Kerala state heaved a sigh of relief after Pinarayi Vijayan, the Communist chief minister of the state, denied plan to enact a legislation drafted by the State Law Reforms Commission to take control of church properties.
- VERSIONE ITALIANA 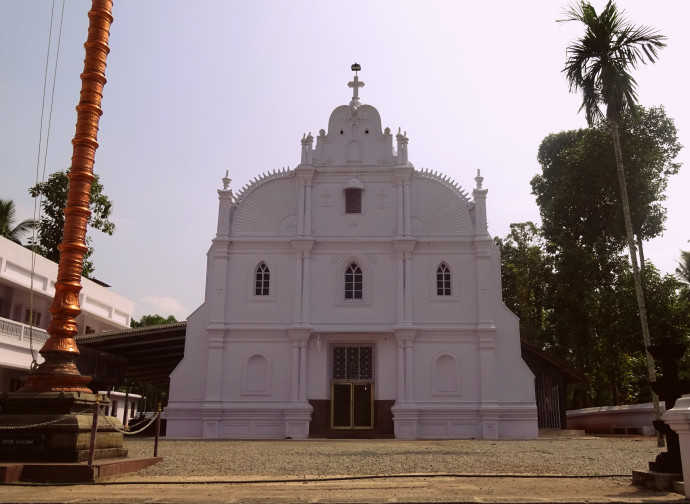 The powerful church leadership in southern Kerala state heaved a sigh of relief after Pinarayi Vijayan, the Communist chief minister of the state, denied plan to enact a legislation drafted by the State Law Reforms Commission to take control of church properties.

Chief Minister Vijayan heading the Kerala government, made the assurance on March 6 when half a dozen top leaders of the Christian community led by Archbishop Susai M Pakiam, president of Kerala Catholic Bishops Council (KCBC), called on him to apprise him of the churches’ concern over the controversial move.

The draft bill titled ‘Kerala Church (Properties and Institutions) Bill 2019’ that sought to make church properties accountable to the government was publicised online by the Law Reforms Commission seeking public opinion. This led to a chorus of protest from various Christian denominations with.

Kerala is the most powerful Christian heartland in India with its nearly seven million strong community – majority of which trace their heritage to Apostle St Thomas who is said to have sowed seeds of the faith in Kerala shores in AD 52.
Though the present population ratio of Christians in Kerala is around 19 percent of state’s 34 million people, the community runs the majority of over 20,000 educational institutions and healthcare centres in the state – with Catholic church in the forefront.

"This Commission before doing this (publicizing the bill) never ever consulted with the government,” pointed out a press statement issued by the Chief Minister’s office after the meeting with delegation of the church leaders.
Further the statement assured: “We categorically wish to inform all concerned, this government has no plans to implement the Church Act at all."
However, it must be pointed out that during the earlier stint of the Left Democratic Front alliance led by the Communists (2006-11), the Law Reforms Commission had come up with a similar draft but the government never acted upon it.

The categorical denial of the controversial move by the ruling Communists first emerged on March 1 when Kodiyeri Balakrishnan, chief of the Communist party in Kerala, told the media that the government was not going forward with the proposed legislation. This announcement came a day after the Inter-Church Council of major denominations led by the Catholic Church got together near Kottayam to protest the proposed move.

Prior to meeting, the KCBC had issued a circular to be read out in all the Catholic churches on March 3 flaying the draft bill as “as misleading and infringement of the constitutional rights of religious minorities” guaranteed under Article 26 of the Indian Constitution. The Article 26 assures freedom to religious minorities “ to manage its own affairs in matters of religion” and the right to “to administer such property in accordance with law.”

The KCBC circular pointed out that “all the church property transactions and management of institutions are run subject to relevant civil laws and government norms of financial audit.” Apart from that, the circular noted that “there are enough legal provisions for government and the courts to intervene in the management of church institutions.”

Father Paul Thelakkat, editor of ‘Sathydeepam’ (Light of Truth) the English  fortnightly published from Kochi, pointed out that “the draft bill claims that there is no law existing for the churches to administer its property…Such inferences in history were done by Marxist regimes in the world.” “The constitution lays down that the Governments shall not interfere in the matters of the church; it is against the secular nature of the country and its secular democracy,” Father Thelakkat noted.
On the proponents of citing government control of Hindu temples to justify the bill, Father Thelakkat observed: “It is true there is a government instituted a legal system for temples in Kerala. But such a system was made for temples of erstwhile kings which were in the lands of the government. But the law is not applicable to temples in private properties.”

“Church properties were always in church control and hence the parallel with government intervention in administration of Hindu temples cannot be evoked to justify such intervention in church properties,” he reasoned. All the same, he admitted that “because of recent scandals regarding church property there is some unpleasantness over transparency in church administration of money and properties.” “There is a widespread feeling that priests and bishops should not be too much involved with admirations of temporalities. What is of paramount importance is the church property is managed with utmost transparency. Money and wealth of the church belong to the people of God and are to be used transparently for the mission of the church by which the poor and deprived in the parish or outside benefit.”
“Government control and consequent political interference in church affairs would only make things worse. What is needed is safety net and stricter transparency norms within the church,” suggested Father Thelakkat known for his views that has been at times loggerheads with the hierarchy.