Years of pounding propaganda have disoriented and seriously distorted how we consider reality, ranging from nature’s mechanisms to the relationship between development and the environment, from climate knowledge to the role of human activities. For this reason, La Nuova Bussola Quotidiana is dedicating a series of instalments to climate change, aimed at addressing the single aspects falsified in this wave of collective hysteria.
- ITALIAN VERSION (ORIGINAL) 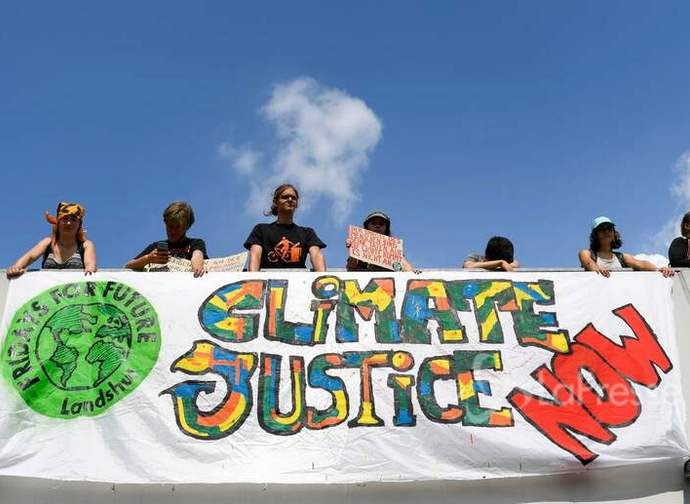 It must have come as a quite a surprise to those who are particularly naive and embarrassed some Catholic journalists and intellectuals to see Greta Thunberg’s smiling face (the teenage  symbol of the fight against climate change) at Stockholm's Gay Pride march on her Facebook page. Having jumped rather hastily on Greta’s band wagon, they don’t seem to realise, this is what the fight against global warming or climate change stands for. 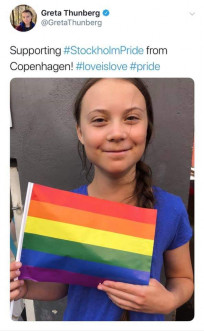 It wouldn’t take much to notice that years of pounding propaganda have created a climate of collective hysteria. We are fed exaggerated alarmism on a daily basis from newspapers, radio stations and TV channels, which has led to a distorted perception of reality in public opinion. Almost everyone is convinced by now, that we are living in the worst of all possible worlds, on the brink of an abyss and are anxious about what the climate has in store for us in the near future because of our destructive behaviours.

In a situation like this, with humanity’s back to the wall, it is the exercise of reason that is being sacrificed: namely that ability to question what is being proposed or imposed on us, in order to understand what is really happening. We have a teenager suffering from Asperger's syndrome, who speaks like a text book despite not having any significant scientific knowledge. But instead of calling the social services to intervene and tear Greta away from those who are exploiting her for ideological and commercial purposes, she has been turned into a sort of priestess who officiates at all international forums and to whom all the influential leaders of the Earth pay homage, not least Catholic intellectuals and ecclesiastics. Everyone seems totally oblivious to how ridiculous and unprecedented this situation is.

Just to reiterate, years of pounding propaganda have disoriented and seriously distorted how we see reality, ranging from nature’s mechanisms to the relationship between development and the environment, from climate knowledge to the role of human activities. For this reason, La Nuova Bussola Quotidiana is dedicating a series of instalments to the subject, aimed at addressing the single aspects that have been falsified by this collective hysteria.

And Greta posed holding the rainbow flag, is a good place to start addressing (albeit briefly) an aspect of the matter, namely the link between today’s different dominant ideologies: primarily ecology and homosexuality. According to the news, scientific truths exist on climate change (man-made global warming is causing catastrophe) to which the heads of government are not paying sufficient heed, if we consider how many years it takes them to reach international agreements, which are ultimately too vague to be useful. But in the case of climate change, scientists are only the supporting cast, they provide the pretext, give a touch of verisimilitude to the story; but in reality the campaign matrix is ​​ideological and the leadership political.

The environmentalism which dominates society today - is rooted deeply in history, at the time when the Eugenics Society blossomed principally in the Anglo-Saxon world, between the end of the nineteenth century and the beginning of the twentieth century - stems from social Darwinism. Even the movements for birth control and radical feminism find their origins in the Eugenics Society. Extreme individualism and the vision of an exclusive world for the healthy and productive are two characteristics that unite all these movements.

Environmentalism, since its beginning has always meant nature conservation and population control. The myth of overpopulation precedes that of global warming, but the movements work in the same way for the same objective. In the 1970’s, the environmentalist movement and the movement for birth control joined forces to declare “the population pollutes.” Even the promotion of homosexuality owes much to the movement for birth control and the reason is obvious: homosexual couples are by nature sterile. Evidently, the more homosexuals there are, the easier it is to achieve a decline in fertility.

The cause and the associated fears of climate change in fact reach the same conclusion, to the point that a significant number of people are committed to having a minimum number of children or even none to save the planet.

Then, there are contingent factors at play in the relationship between LGBT movements and the groups fighting against climate change. For years now, specific LGBT groups have participated in climate marches, especially in the United States, such as the group Queer for Climate. The common thread - according to their articles and essays  - is the perception of a shared struggle for liberation and a struggle for social justice, where the winning strategies of some (the LGBT) serve as an example to copy for the rest. Nor should we forget, that all these ideological and cultural movements also find a sounding board in the UN agencies and the watchwords that are born and spread there, soon become common heritage.

Above all, these ideological currents found success when they broke in to the political field: this is how, contrary to common belief, that science  became a means to political ends. Whatever one’s conviction, it is governments and political forces that are pulling the strings of climate scaremongering. One example suffices: it’s the IPCC (Intergovernmental Panel on Climate Change), the UN body that deals with climate change. Considered the most important scientific body, it produces the renowned reports that are the main source for global policies concerning climate change.

In reality, the IPCC does not carry out any independent scientific activity (its reports are simply a collection and summary of available studies) and is purely a political body, even if some of its members are scientists. The name says it all: it is called "intergovernmental group", because governments decide who directs it and governments have the last word on the final report they write. It is no coincidence, that in recent years many important scientists have resigned because of the ideological and political approach to scientific analysis. In fact, recent presidents of the IPCC were not scientists at all: Rajendra Pachauri (Indian) who held the position from 2002 to 2015, is an experienced railway engineer, while the current, Hoesung Lee (Korean), is an economist .