If investments and growth are based on accumulated savings, common sense would say that saving should be encouraged and protected. In a world with negative returns caused by ultra-expansive monetary policies set in place by the principal Central Banks, we find ourselves instead in a paradoxical situation in which it is the creditor who “pays” the debtor in order to give him a loan, against all financial sense. It is a true penalizing of those who save: how long can this last? 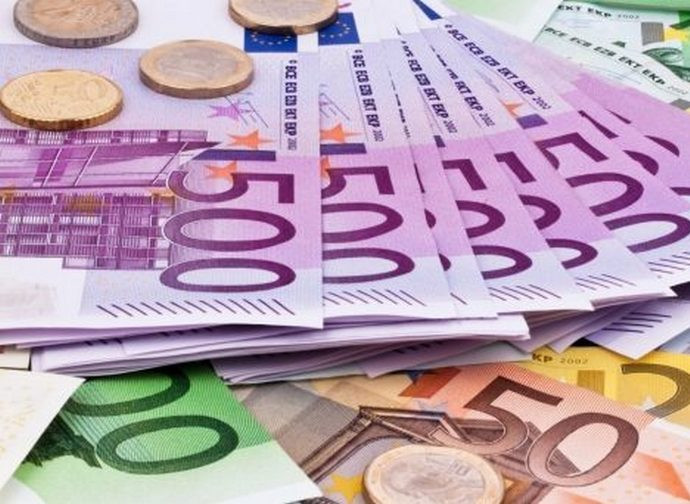 The “global cooling” of bond yields towards and now below 0%, caused by the heterodox monetary policies of the Central Banks, gives us an occasion to reflect on the social function of interest-bearing loans and thus on their moral permissibility.

Should savings earn interest? Is it moral to receive interest on a loan? This question has fascinated theologians and economists for centuries, from the absolute prohibition in ancient Israel on charging interest on a loan to one’s co-religionists (cf. Exodus 22:24 – “If you lend money to one of my people among you who is in need, you must not be like a money lender: you must not demand interest from them”) to the condemnations and doubts of Christian theologians over the centuries; from the “nummus non parit nummos” of Aristotle (384-322 B.C.) to the critique of “money that generates money” of Karl Marx (1818-1883).

If money is seen exclusively as a means of exchange, as “sterile money,” it is difficult to recognize the moral permissibility of charging interest in payment for the loan. And yet in the Gospel, in the famous “parable of the talents” (cf. Matthew 25:25-17), the wicked and unfaithful servant, who out of fear buries the talent he has received, is chided by his master when he returns with the reproof: “you should have entrusted my money to the bankers, so that when I returned I could have recovered it with interest.” The “talent” is presented by Our Lord as a good thing, to be invested so it will bear fruit, and if anything its “hoarding” is reproached as an action that is unpaid and unfruitful.

With the development of commerce and economic activity during the Middle Ages, money gradually ceased to be “sterile pecunia” – a simple means of exchange – and instead became understood more and more as “capital” that can generate incremental riches if it is entrusted to capable and industrious men as merchants.

Against the widespread myth of German thinker Max Weber (1864-1920), who identified Calvinism as the seed of the development of modern capitalism, the science of economics actually has its roots in the juridical and moral-theological reflection of the late Middle Ages, long before the pseudo-reform of the Protestants. We may think of the creation of the Monti di Pietà in the second half of the 15th century, where the accumulation of capital, typical of a banking institution, was accompanied by pious works of charity, with the granting of credits to the needy on condition of favor: a brilliant innovation that knew how to interpret the needs of new times with intelligent charity – all the work of the Franciscans.

Of the Franciscans? As much as this clashes with our modern politically-correct Vulgate, it was the very followers of the Poverello of Assisi who first grasped the moral justification of a legitimate payment for a loan. Pietro di Giovanni Olivi (1248-1298) and then, right in the middle of the Renaissance, Saint Bernardine of Siena (1380-1444) and Saint Anthony of Florence (1389-1459) were the ones who began to recognize that a loan can be paid for, on certain conditions, as compensation for the missed opportunities and damages sustained by the creditor, following the categories of Roman law of “lucrum cessans” and “damnum emergens.” All to the advantage of the needy above all, who otherwise would have had no other option than to turn to usurers for money.

Thus there began to be a recognition that capital is potentially something fruitful, and that whoever temporarily gave it to a third party had the legitimate right to receive interest for his “emerging damage,” linked to the renunciation of having the money available for a certain period of time along with the risk of it not being returned at the time of the loan’s maturity, and also for the “loss of profits” in consideration of the loss of other investment alternatives of the capital for the duration of the loan. No longer “turpe lucrum [shameful gain]” practiced only by those who were indifferent to the condemnation of usury by moralists and canonists, the loan at interest thus became a key part of economic growth, in which the need to obtain remuneration by placing the fruits of one’s own savings at the disposition of others intersected with the needs of merchants and entrepeneurs to finance their businesses. The emergence of such activity and the broadening of the base of potential lenders certainly contributed to the lowering of interest rates, benefitting those who needed loans, in a positive example of the “heterogenesis of ends.”

Little by little “usury” came to mean only those loans in which the creditor took a very high interest rate with respect to the customs of the place and time, profiting from the weak situation of the debtor in order to obtain a “lucrum immoderatum” (cf. Code of Canon Law of 1917, canon 1543); it bears the same meaning in our own time, where a “usury rate” is defined by law and may never be exceeded, under penalty of law, by those who are loaning money to a third party.

The risk of not recovering the money given in a loan – either in whole or in part and/or in the agreed-upon time – thus finds a remuneration that is higher or lower according to the “credit score” of the debtor, the length of time of the loan, and the amount of savings in circulation with respect to the financial needs of economic activity in a given moment.

Interest thus becomes the “price of time and risk” of a potentially fruitful “capital,” with an undoubted social utility that benefits the common good, thereby obtaining its moral justification. An “egg tomorrow” is worth less than an “egg today”: if interest rates were zero there would be no difference – it would be as if time was worth nothing – and if interest rates were actually negative, as is happening today, an “egg today”would be worth less than an “egg tomorrow” – as if time had become a dis-value, a reality that is not only a financial contradiction but also a logical one.

With the plummeting of rates of return into negative territory caused by the Central Banks, saving is discouraged to the advantage of consumption, surreptitiously transferring wealth from creditors to debtors, incentivizing moral recklessness and poor investment, thus undermining the process of the accumulation of capital that increases labor productivity, drives growth, and promotes general well-being.

This is a crucial topic that touches the day-to-day lives of each one of us, whether one is an investor seeking a fair return on his hard-earned savings or an entity needing funding to support consumption or investment.
We will return to this topic, with several reflections on the growing interventionism by the Central Banks in altering interest rates “politically” and thus on the value of money.
The “talents,” just like all gifts of the good God, must be made to bear good fruit, not harmful fruit.