Can we save the World Meeting of Families from the gay lobby?

The scandal of the bishops involved in homosexual activities or responsible for child and adult abuse, has rocked the Church. But we should realize that the homosexual wave has reached such high levels in the Vatican that it is even influencing the next World Meeting of Families... 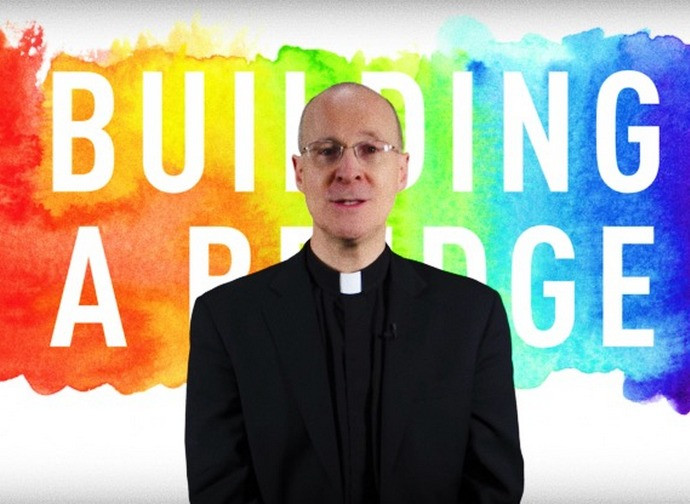 The scandal of the bishops involved in homosexual activities or responsible for child and adult abuse, has rocked the Church. The severe gravity of the facts that have emerged so far, demands nothing less than a thorough investigation inorder to understand the extent and causes of this phenomenon. Above all, it is obvious that the homosexual wave has reached such high levels in the Vatican that it is even influencing the next World Meeting of Families that will take place in Ireland from August 21st to 26th and which will culminate in a meeting with Pope Francis during the last two days.

If some drastic decisions have to be taken, then the first should focus on the meeting in Dublin: the programme must be reviewed as well as the position of Cardinal Kevin Farrell as the president of the Dicastery for the Laity, Family and Life, whose very presence in this role of responsibility, is embarrassing to say the least.

But let's proceed with a certain order of the facts. First of all, what has come to light through the cases in the United States (Cardinal McCarrick and others), Chile and Honduras - which heavily involve cardinals very close to Pope Francis - should have led to the conviction by now, that the real problem in the clergy is homosexuality. In the overwhelming majority of cases, including those recognised in the past decades, child abuse is a consequence, or extension of homosexual activity. This is the fundamental node, as we have been saying for years; simply talking about pedophilia is a way of diverting attention from the real problem: homosexuality.

This leads to the second point, which is the scenario that we must keep in mind to understand not only the cases that have emerged in recent years but above all what is emerging from the more recent cases that call bishops and cardinals into question. For this, once again we need to look back at the "Letter to the bishops of the Catholic Church on the pastoral care of homosexual persons" (October 1, 1986), signed by the then prefect of the Congregation for the Doctrine of the Faith, Cardinal Joseph Ratzinger. Among other things, Ratzinger denounced - and we are in 1986 - the existence of a gay lobby in the Church in league with gay organisations outside the Church to subvert Catholic teaching on homosexuality. It would take too long to cite the whole document, but points 8 and 9 describe perfectly what then might have seemed an exaggeration but that today is a reality for all to see. There is a real network of homosexual clergymen who not only hide their immoral activities, but who during these years have carried out a clear agenda to subvert Catholic doctrine. It is what the Polish priest Dariusz Oko called "Omoeresia".

There are different ways in which this operates: from the theology that is taught in seminaries and in pontifical universities that calls into question "the truth about the human person" - as Ratzinger says, to the increasing pressures to bless homosexual unions; from the pastoral care for homosexual persons which legitimises their sexual activity, to the request for civil recognition of gay unions. Let's also cite just a few more recent cases: the multiplication of vigils last May against homophobia in Italian dioceses; the pastoral care for homosexual persons entrusted in large part to associations and groups that pursue the recognition of a homosexual lifestyle; the preparatory document for the Synod of Youth, which for the first time adopted LGBT terminology; the open alignment of the Italian Episcopal Conference in favour of the recognition of civil unions (albeit in a more moderate form than the law actually approved); the important role that the Italian bishops daily newspaper Avvenire has been playing for many years in trying to change the mentality of Catholics regarding homosexuality; the appointment of the Jesuit Father James Martin, a well-known activist who promotes the LGBT agenda, as a consultant to the Secretariat for Communication; and we could go on and on adding to this list.

But just the story of Father Martin leads us directly to the World Meeting of Families. Father Martin was in fact invited as an official speaker to the Dublin appointment in a very clear attempt to get homosexual activity accepted within the family context. It is a subtle attempt to strike at the heart of the meaning of the family, a choice that has already created considerable controversy, but without any sign of repentance from Rome. Far from it: to the best of our knowledge, preparations are underway to include a situation in which different "types" of families will be given space during the meeting with the Pope.

Obviously, everything will be slipped through under the guise of what it means to "welcome" with reference to difficult situations, but only a really naive person would not realise that it is actually a strategy to pass different types of union as normal and therefore acceptable. In practice, this is the exact opposite of what Saint John Paul II had in mind when he established the First World Meeting of Families in 1994.

Clearly, the Irish bishops have to take their fair share of the responsibility for the decision making, but what makes it all the more disturbing is the situation in which Cardinal Kevin Farrelll finds himself with the explosion of the McCarrick scandal. For six years, Farrell was McCarrick's vicar-general in Washington and lived side by side with him when seminarians were actively deceived by the cardinal and it was McCarrick who personally launched Farrell in his ecclesiastical career. Today, Farrell says he never suspected anything, nor did anyone refer any complaints or gossip about the archbishop to him whatsoever.

Given the scale of McCarrick's misdeeds and the rumours that have been circulating for years, Cardinal Farrell's version is unbelievable. There are only two possibilities: either he is shamelessly lying as McCarrick's accomplice or he is so out of touch with what goes on around him that he cannot see beyond his nose. Both hypotheses are very serious and suffice to call for his immediate resignation from the Vatican, but the timing of the scandal with the World Meeting of Families plus the gay twist that they want to give it, makes Farrell's position practically unsustainable.

Moreover, we can bet that every measure will be taken to keep Cardinal Farrell in his place and the program of the World Meeting of Families will remain unchanged, including the presence of Father Martin. The reason is unfortunately simple: the gay lobby has never been so powerful in the Vatican. It was already powerful in the 1990s considering that McCarrick was able to become archbishop of Washington and therefore a cardinal despite complaints about his conduct had even reached Rome. We can not help but notice, that in the last few years, there has been a tremendous growth of power in the hands of prelates involved (directly or indirectly) in cases of homosexuality and sexual abuse or widely talked about.

Without going back to the case of Monsignor Battista Ricca, who inaugurated the papacy of Pope Francis and was the origin of the famous phrase "Who am I to judge?", Just consider that in the C9 alone (the council of nine cardinals called by Pope Francis to help him reform the Curia) the Chilean cardinal Francisco Javier Errazuriz and the Honduran cardinal Oscar Rodriguez Maradiaga are both heavily involved in the scandals of the episcopate in their countries, while - although in a very different situation - the Australian cardinal George Pell has had to return to Australia to defend himself against accusations of providing cover for priests accused of pedophilia. The secretary of the C9 then, Monsignor Marcello Semeraro, has been hosting the national meeting of the LGBT Christian groups for many years now in his diocese (Albano Laziale). Nor should we forget the sad news story in 2017 that featured the personal secretary of Cardinal Francesco Coccopalmerio, Monsignor Luigi Capozzi, involved in a case of gay parties and cocaine. What makes the story all the more serious is the fact that it was cardinal Coccopalmerio in collaboration with the Pope which enabled Capozzi to have a "discreet" Vatican apartment which otherwise would have belonged to an official of the Congregation for the Doctrine of the Faith. What's more, after a period of detoxification, Monsignor Capozzi regained possession of it. It is perhaps a small case, but it is anyway a revelation of the system in force in the Vatican.

Even if it would be seriously unfair to launch a witch hunt based on rumours, it is also true as the McCarrick case teaches, rumors and complaints that persist for years often have some foundation and at least deserve a serious investigation, if only before important appointments. Instead we are witnessing the systematic rise to positions of responsibility in the Vatican of many characters shadowed by insistent voices describing their homosexual activities.

If this network is not dismantled at the heart of the Church, any attempt to restore order cannot be credible. The World Meeting of Families will be the first test.