Bear witness to the incarnate Truth 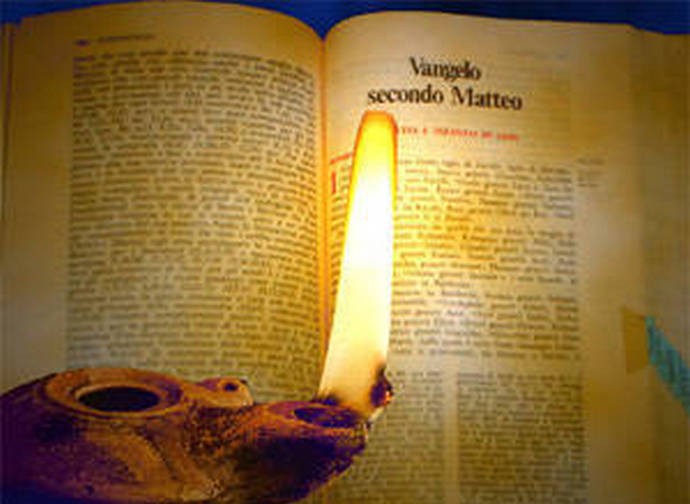 As John stood with two of his disciples, Jesus passed, and John stared hard at him and said, ‘Look, there is the lamb of God.’ Hearing this, the two disciples followed Jesus. Jesus turned round, saw them following and said, ‘What do you want?’ They answered, ‘Rabbi,’ – which means Teacher – ‘where do you live?’ ‘Come and see’ he replied; so they went and saw where he lived, and stayed with him the rest of that day. It was about the tenth hour. One of these two who became followers of Jesus after hearing what John had said was Andrew, the brother of Simon Peter. Early next morning, Andrew met his brother and said to him, ‘We have found the Messiah’ – which means the Christ – and he took Simon to Jesus. Jesus looked hard at him and said, ‘You are Simon son of John; you are to be called Cephas’ – meaning Rock. (John 1: 35-42)

John the Baptist recognises Jesus is the Messiah who offers Himself as a victim of atonement for our sins. Upon this revelation, his two principal disciples, Andrew and John, began to follow Jesus, in turn becoming witnesses for future apostles. For example, Andrew succeeds in convincing his brother Simon to meet Jesus. Thanks to his brother’s testimony, Simon will meet the Son of God who will change his name to Peter because he will entrust him the task of leading the Church as His vicar. The story of Andrew and Simon Peter teaches us that in order to be faithful witnesses of Jesus, sensational actions are not needed, but only sincere words and deeds with the sole purpose of bearing witness to the incarnate Truth which is Christ the Lord. Are you ready to play your part with the help of God's grace?